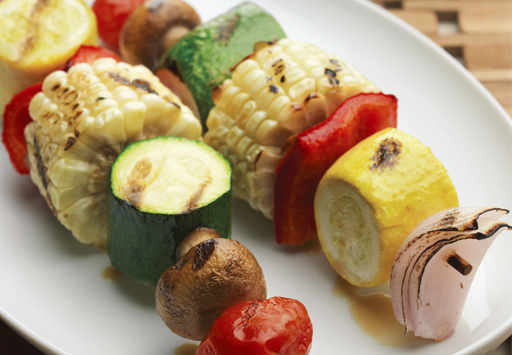 If you are among those people who are looking for the optimal diet that will make you look and feel younger, lose unwanted pounds, prevent disease and live a happy, healthy and long life, you are not alone. No need for any expensive and exotic supplements either, the answer is quite simple. Adapting a nutritious plant-based diet is not only easier than you think, it’s delicious and will do wonders for your overall health while it trims down your waistline and your wallet.

Research has conclusively shown that people following a plant-based diet weigh less, have fewer chronic diseases and live longer than their animal-product eating counterparts. Multiple scientific studies have found that vegans/vegetarians are still slimmer than meat eaters despite consuming the same amount or more calories every day. An additional benefit of plant-based eating is that plant foods are generally less expensive than animal products. And that’s not counting the costly medical treatments needed for the various chronic diseases caused by the typical American animal-based diet. Everyone can also feel good about adhering to a plant-based eating regime because it is better for the environment and animal welfare.

Regardless of what you eat, fruits and vegetables should be the cornerstone of your diet. Fruits are a near perfect source of vitamins, minerals, phytonutrients, fiber and water. Vegetables contain some of the most potent anti-cancer foods and are extremely nutrient-dense, which means more nutrients and fewer calories. It is nearly impossible to overeat if you’re eating only vegetables. Using broccoli as an example, you’d have to eat 22 cups of raw broccoli florets to get the same amount of calories found an average T-bone steak. And as far as protein goes, most people would think broccoli contains little or no protein. Wrong! Calorie for calorie broccoli contains about 75% as much protein as beef – According to the USDA’s Agricultural Research Service’s Nutrient Data Laboratory database, 100 calories of broiled beef, top sirloin steak has exactly 11.08 grams of protein and 100 calories of chopped, raw broccoli has exactly 8.29.

Fresh is always best, but frozen or properly prepared canned fruits and veggies are also healthy, as long as they are not covered heavy sauces, syrups or oils. Eat a wide variety of fruits and vegetables in unlimited quantities, including a broad range of colors, textures and flavors.

Whole grains, nuts and seeds are also included in a healthy plant-based diet. Whole grains are a good source of fiber, carbohydrate and protein. Products made from 100 percent whole wheat, along with rice, corn, millet, sorghum, rye, oats, barley, buckwheat, quinoa, spelt and are all examples of healthy whole grain foods. Various nuts and seeds are some of nature’s best ways to consume healthy fats. A handful a day will provide all the necessary fat-soluble vitamins; without the saturated fat and cholesterol found in animal foods.

A note of caution: Eating a plant-based/vegan diet (no animal products) doesn’t necessarily equate to a healthy diet, despite what many believe. It is possible to be on a completely plant-based diet and still be eating unhealthy foods. For example, you could eat French fries every day or lots of white bread, rice or pasta and you would not reap the benefits of a plant-based diet. Plus there are tons of “junk,” processed and adulterated foods that are totally plant based. Fried foods are a good example, even though an onion is a healthy cancer-fighting plant food, eating deep fried onion rings do more harm to the body than good. Many potato chips often contain more artery-clogging saturated fat than potato. It’s also important to avoid refined carbohydrate products like cakes, pastries, candies, cookies, which generally contain added sugars. Also avoid all drinks with high sugar content and especially those that contain artificial sweeteners. These types of foods have often been so highly processed that it’s difficult to recognize the original plants or plant foods that they came from. Finally, steer clear of trans-fats, saturated fats and hydrogenated (or partially hydrogenated) oils they are unhealthy and are easily stored as fat in the body.

In summary: Eat plants and plant-based products exclusively. If you stick to that, you’re likely to be very healthy. And if you’re like most people who are transitioning to a vegan diet there’s probably plenty of things you might feel you just can’t give up. But the truth is you can, just do one food type at a time, try going a week, and after that week you may decide to go two or three weeks and after a month or so your body and appetites will adjust and you may find you won’t miss it at all. This will give your taste bud a chance to change, and given ample time; change they will.